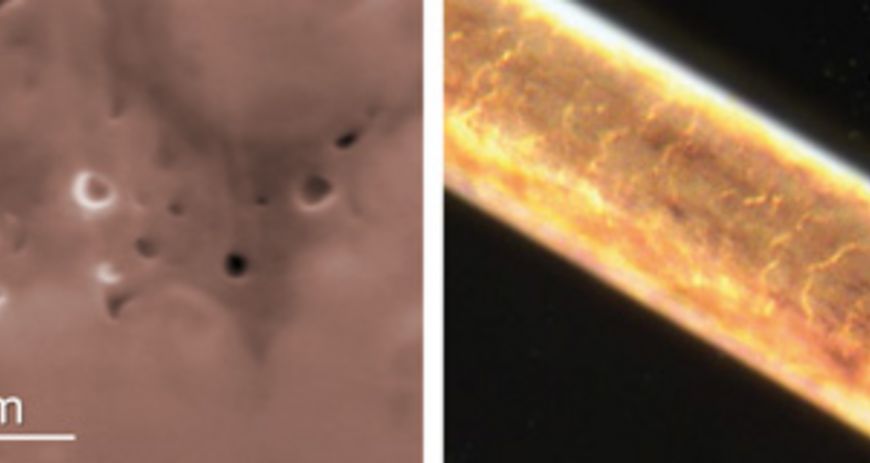 Using hydraulic fracturing or fracking, for short, the USA extract natural gas contained in claystone (shale gas) and thus were able to significantly decrease the price of gas. In Germany, fracking has sparked an intensive and, in part, highly emotional debate. How dangerous is fracking really? Prof. Dietrich Borchardt from the Helmholtz Centre for Environmental Research – UFZ and Prof. Brian Horsfield from the Helmholtz Centre Potsdam – GFZ German Research Centre for Geosciences give us some answers.

What are the risks involved in fracking?

Borchardt: The greatest risk is posed by the sewage above ground, which can contain heavy metals, highly concentrated salts or radioactive substances from rock strata deep below. Therefore, secure treatment of the sewage must be guaranteed. The exclusion of drinking water conservation areas or regions featuring mineral springs is absolutely reasonable. The danger of ground water pollution can be mostly avoided when choosing the extraction sites.
Horsfield: In addition to the potential pollution of ground or surface water, there is the danger of triggering unwanted seismic activity. There has been a case where minor earthquakes of a magnitude of 1 – 2 were caused, which may be perceived by sensitive individuals. However, this is the only known case amongst several hundreds of thousands of shale gas wells worldwide.

Has fracking been performed already in Germany?

Borchardt: Sporadic horizontal drilling deep down has taken place, however, diagonal drilling employing the same pressure process is being routinely carried out to extract residual natural gas or mineral oil from the extraction sites.
Horsfield: Hydraulic fracturing is employed for about a third of the domestic extraction of natural gas. These instances are vertically drilled wells into deposits where natural gas is contained in insufficiently permeable sandstone. I have no knowledge regarding negative consequences of the operations carried out so far.

How dangerous are the chemicals?

Horsfield: he choice of chemicals predominantly depends on the characteristics of the rock and the pressure and temperature conditions while drilling. Some are harmless in their pure form, others are toxic or dangerous. However, they are used in highly diluted form. For many of the different mixtures there exists as yet no research regarding their short- or long-term effects on the environment.

Are there any "clean" fracking methods?

Borchardt: More environmentally friendly methods than the ones currently employed in the USA are definitely possible. To this end, the use of water and chemicals must be minimised. Yet a lot of research is required before fracking becomes environmentally sustainable.
Horsfield: Currently, fracking is without an alternative. However, promising further developments have been achieved with regards to the used additives: Increasingly, manufacturers offer less dangerous or entirely harmless additives.

Given the extensive statutory requirements, is fracking in Germany profitable in the first place?

Borchardt: Although the potential is not as high as in the USA, it is nonetheless significant. The full number of deposits has not even been identified as yet and in order to estimate the actual potential, test drillings would have to be carried out. Currently, many people oppose even that. Yet without test drillings and the further development of the method, the economic viability cannot be evaluated.
Horsfield: The shale gas amounts as estimated by the Federal Institute for Geosciences and Natural Resources allow the assumption of a large potential far exceeding the potential from natural gas from conventional deposits. However, dozens of prospecting drillings are required to reliably say how much shale gas could be extracted in Germany.

The scientists: Dietrich Borchardt heads the Department Aquatic Ecosystem Analysis and Management at the UFZ, Brian Horsfield is head of Section 4.3: Organic Geochemistry at the GFZ.