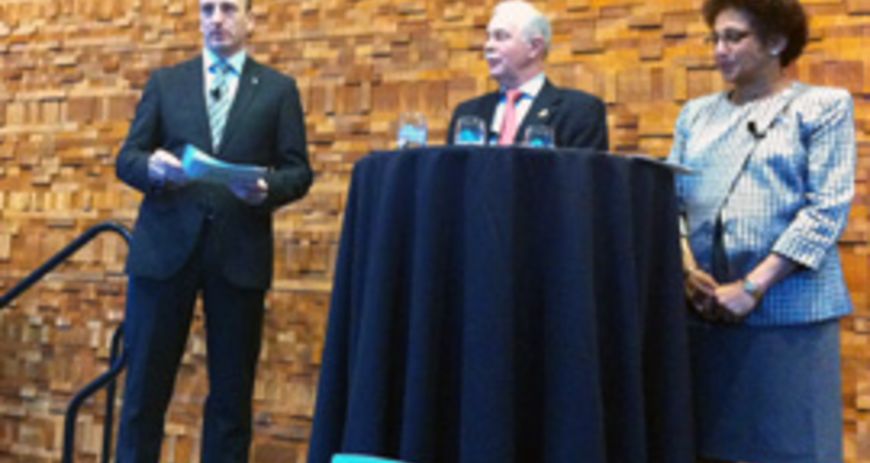 "Flattening the World: Building a Global Knowledge Society" – this was this year's theme of the American Association for the Advancement of Science (AAAS) Annual Meeting in Vancouver in February. In about 170 symposiums, workshops and poster sessions, more than 11,500 participants and journalists from 60 countries discussed the challenges we face in the 21st century. The focal topics were Energy, Water and Food, respectively, Health.

The Helmholtz Association is the AAAS's only German partnering organisation. The topic of the traditional Helmholtz press breakfast on 18 February was "Transatlantic Cooperations". Helmholtz President Jürgen Mlynek and Indira Samarasekera, President of the University of Alberta, discussed the added value of international cooperations during a panel debate in front of an audience of 120 journalists and provided insights into the Helmholtz Alberta Initiative (HAI). The initiative currently focuses on the research fields of Earth and Environment as well as Energy. The cooperation now is being successively extended to include other fields, in particular to include research in the wider field of health.