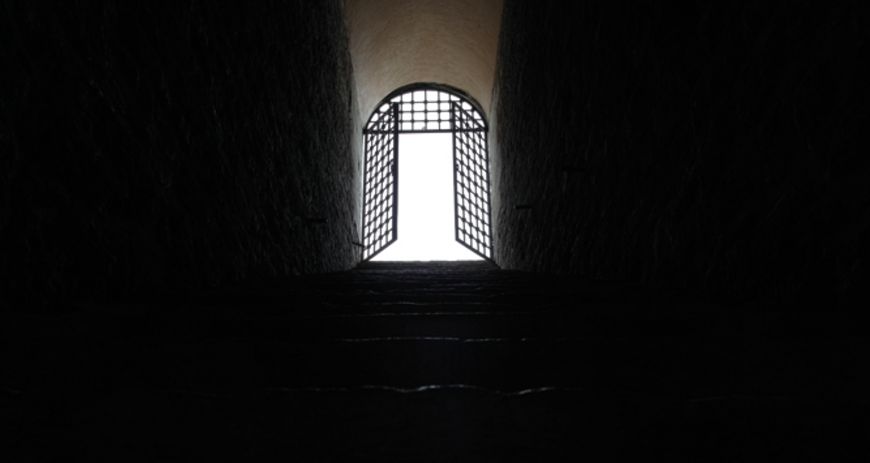 A discussion about transparency

Free access to scientific publications and scientific data is still an exception to the rule. The Federal Ministry of Education and Research wants to change that and has initiated an open-access strategy. A discussion with the activist Christian Heise concerning the usage of, and risks connected to, freely available research data.

Why should scientists, who already have a lot to do, be involved with the topic “open access” as well?

I am entirely convinced that everyone benefits when they can all have access to verifiable and verified knowledge. Such an open access to the scientific learning process can increase the possibilities for validation. It can also make the private and public research sector more efficient, thus accelerating overall societal progress in a previously unknown manner.

Despite all the efforts, open access in the scientific domain is by no means a given. Why is that?

There is a whole range of obstacles. There is first of all, of course, the legal aspect. In many respects the framework conditions are outdated. In order to get one step closer to the objective of educational equality, while still confronting the challenges of digitalisation, legal modifications are necessary. Another aspect is the protection of private and personal data. Negotiating the protection of the private sphere against the immense value of open-access usage – this represents an important challenge. And thirdly, there is the technical component – this concerns huge quantities of data that first of all have to be stored somewhere. Even though a lot has been accomplished in this area thus far, we still have to find a simpler way to make huge amounts of data available in a structured manner.

And that just happens to be the topic of your doctoral thesis. What did you find out?

I more as less made it publically available as a self-experiment right from the start in order to examine whether this dissemination is even possible during the productive stage of scientific studies.  One of my assumptions was: free access to the final scientific results (open access) represents a transitional phase that can lead to the entire scientific cognitive process (open science) being opened. Moreover, I have been working on the historical development of scientific communication and its digitalisation, and then examined the level of interest the scientists themselves have in this development and what the actual behaviour is. Furthermore, I then took a look at who the drivers and obstructionists are in this process of change.

What were your results?

Most scientists do indeed show interest in accessible data, but are a long ways away from scientific communication that is open and freely accessible. There are quite differentiated reasons for this, which span from data security to fear, to loss of patent rights and publication rights, to the fear of added value.

Are you sure that this scepticism can be conquered?

What is needed most of all is incentives to analyse open access and open science. Not everyone is interested in the openness – after all, reticence also represents a power advantage – and many actors don’t want to give that up. That’s not always in the interests of the overall society, but I think that it’s ok as long as an actively-made decision stands behind it. But scientists often don’t consider the topic at all, and I look at that as a missed opportunity. That’s why, in addition to individual motivation, systematic incentives are also urgently needed. Initiatives such as ‘Open Access 2020’, in which many leading scientific organisations from all over the world are involved, play an important role in this regard. But I would rather like to see much more willingness to experiment within the community in order to find out to what degree open science is possible and desirable. After all, the issue here is the creation of future scientific communication! And the dialogue regarding the design of this future has to be conducted in a different way, in my opinion.

One moment – ‘in a different way’ however doesn’t only mean that it has to be intensified, right?

What is essential is that the topic is promoted within the scientific system. Scientists have to finally be actively integrated in the dialogue. I consider everything else to be dangerous, because scientific or political interests would possibly move the process in a certain direction that would not necessarily be good for scientific freedom. Therefore, all scientific actors have to participate in the negotiations – no matter whether they are for or against opening up. What is needed is a balanced debate between the proponents and the opponents. That’s the only way that anything will get accomplished.

The OPEN SCIENCE movement supports the idea that scientific data and processes should be made accessible without barriers.

OPEN ACCESS is a sub-aspect of this movement. It involves free access to scientific literature and other materials on the internet.

You have had extremely unique experiences with open science. How was it, really, to work on your doctoral thesis in a format that was open to everyone?

My intention was to make the study accessible at all times through the website www.offene-doktorarbeit.de  That was not so easy, technically speaking. Without a few programming skills, I wouldn’t have been able to do it at all, because there were hardly any tools around to execute such a project. Furthermore, I had to find out if it was even legally possible. A doctoral thesis, for example, cannot be published prior to its submission and it has to be autonomously produced, verifiably, which is why comments are not allowed to be added so easily. These are prerequisites that the internet would rather not offer. So in a formal sense, it wasn’t very simple.

That sounds mostly like disadvantages. Weren’t there any positive aspects as well?

Yes, of course. I came to the conclusion that the production of a scientific qualification study is fundamentally possible with an open written format. Neither fundamental advantages nor unsolvable barriers were perceived for the publishing scientist. That is certainly a good starting point. I recorded these and many more findings in the recommendations for action. But the specific and positive consequences of open publication were not yet able to be conclusively considered within the framework of this study.

What is your hypothesis then – what opportunities does digitalisation offer for science?

I see big opportunities for promoting trust in science in that, for example, negative findings would also be published and the data made available. It is easier to verify in this manner that what is being portrayed is truly substantiated knowledge and not just a theory. This actually does occur in the existing communication system through peer review, but open access and open science would make these processes even more transparent. That inhibits abuse and other forms of scientific misconduct, since when everybody can take a look at the data and the experiments, it is possible to understand the process of knowledge acquisition. Everybody benefits from that.

Do you believe that the open standards will become standard practice?

In the meantime I no longer claim that everything will have changed over the next five to ten years. On the other hand, we don’t have to pose the question anymore regarding whether scientific communication will become more open and more digital; rather, it is a question of when and how. Once the debates concerning the changes in scientific communication are conducted more openly, more consistently and more constructively, we can achieve a lot. I do believe, however, that this development will, in the end, more likely take 20 years rather than 5.

Christian Heise is the voluntary Chairman of the Open Knowledge Foundation Deutschland Initiative, which is in favour of open science. He graduated from the Centre for Digital Cultures at the Leuphana Universität Lüneburg and submitted his doctoral thesis on the topic ‘open science’ in June 2016.
Image: Christian Heise

Open Science at the Helmholtz Association