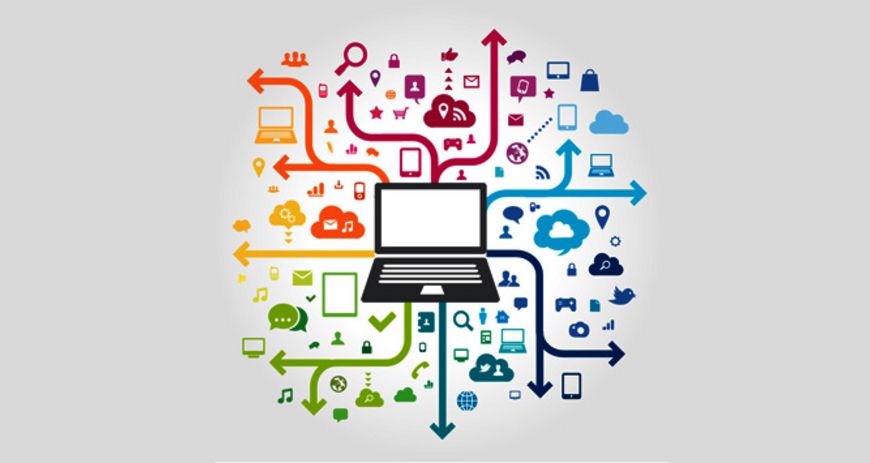 How much science can you fit into 140 characters?

More and more scientists are sharing their results on Twitter and making¬ use of the reader responses in order to make adjustments to their studies before publication. Critics of this “new” form of communication are worried about plagiarism. Isabella Peters, Professor for Web Science, explains in an interview where the added value of Science 2.0 nonetheless lies.

What does the term “Science 2.0” mean?
Science 2.0 means that science takes place in and with social media and that a scientist does not publish exclusively in trade journals; rather, he also makes use of social media by making reference to his studies through Twitter, for example, by presenting results or asking questions.


…and a three-year study is reduced down to 140 characters?
Blogs are obviously a better medium for comprehensive descriptions. The term Open Science is closely connected to Science 2.0. This involves releasing all levels of scientific study through social media.

And how would I go about doing that?
One has a lot more access possibilities to experts through social networks, and also more possibilities for presenting oneself. –Not only the final results, but every step from data collection to laboratory reports. But I can communicate these steps through Twitter. This transparent form of science has the advantage that I can improve my work prior to completion by using the readers’ responses. –As opposed to after I have submitted it and the reviewer has evaluated it.

Are there more advantages?
They have an enormous amount of visibility and are respectively quoted more often. But that still doesn’t count in the science system. They still have to deserve their laurels through publication of an article in a recognised trade magazine.

But don’t I have to worry about someone stealing ideas or findings, when I disclose so much of my work to begin with?
That is a huge fear and the largest barrier to participation in Open Science 2.0. But there’s also an ideological issue here: either you are  in favour of having transparent science and participate in everything with enthusiasm, or you aren’t and you don’t.

Is the degree of openness to Science 2.0 a question of age?
Not at all. It’s not as if all young scientists were involved, and the older ones wouldn’t touch it. There are sceptics and enthusiasts at all career levels and in every age group. But it is of course a bit easier, once you’ve already got your tenured professorship, to renounce the traditional publication procedure involving trade journals and go down a completely open path.

Will Science 2.0 eventually make the trade journals redundant?
The typical, traditional form of summary of the results will still exist in the future. Whether or not it absolutely has to take place in a journal is another question. This is still important to many appointment committees. But I can still imagine that someday it will be enough to just publish your results in a repository, i.e. in a document server. Admittedly, publishing firms offer a kind of information selection and quality assurance – something that many actors in the scientific community really appreciate. Many of them are overburdened by a completely open form of publication.

Humanities are much more reserved than, for example, the natural sciences, jurisprudence and economics when it comes to utilisation of Science 2.0. Why is that?
Scientists are more accustomed to working in large teams, sharing data, and keeping a laboratory journal. In certain fields, for example in astronomy, things happen that are interesting for certain sections of society as well, which results in a natural exchange between scientists and laymen. Among the liberal arts, the idea still prevails that “the genius sits alone in his room and tinkers with something”. Nevertheless, there are forms of publications such as blogs that are specifically targeted at the humanities sector. I can imagine that academics from the field of liberal arts could become enthusiastic users of Science 2.0, once they recognise the added value of expanded publicity.

The DFG and EU, for example, are making requests to explicitly accelerate Open Science…
The idea behind this is that everything that subsidies are used for should also be made available to society, i.e. should have free access.

What exactly does “free access” mean? Is that stated somewhere on a website? Or on a scientific platform? Or on a particularly popular one?
It offers free access when a search machine is able to find it, it isn’t placed behind a paywall, and does not require registration subject to a charge. You search for it, click on it, and then you receive the article.

There are also risks involved with the new platforms; when one provides personal data in Dropbox, it is not authorised according to German law – Facebook as well is disputed according to data-protection laws…
When the server for these services is located in a foreign country and thus falls under non-European law, it is troublesome for personal data. Most scientists don’t even think about this, or they don’t have any choice when they, for example, work together with colleagues in the US and deposit a document in Dropbox. But it should be clear to all Twitter users that Twitter is allowed to do whatever it wants with everything that a user writes there.

You have made a survey for the sector biomedicine. According to your survey, 1.4 million articles in the so-called Web of Science were mentioned in Twitter…
In 63 percent of all cases, each article was tweeted once, but on average each article was tweeted 2.5 times. Considering that Twitter is not a tool that was specifically made for science, that’s a lot. For articles that are traditionally published, it is difficult to achieve 2.5 quotes. Even for Twitter the old adage is true: 20 percent of the articles represent 80 percent of the quotes. The hits are articles that have funny titles, that cover topics such as penis fracture under stress or other original topics.

But how much science fits into 140 characters?
Let’s take the formula e=mc2; everything has been stated here in 5 characters. But this begs the question: At what point can we consider it to be a scientific result? Do I make a book out of my three-year research study, or is it better to make ten papers, thereby lengthening my publication list, which is more advantageous in appointment negotiations? Or do I make it into 50 tweets? There is a trend towards “salami-slicing” tactics, i.e. using the smallest-possible publishable unit, which is being strongly criticised across broad sectors of science.

Also, prior to the declaration of Science 2.0, we couldn’t complain about a shortage of scientific findings – is Open Science simply a new form of packaging?
The more accessible articles are, the more often they are quoted, thus making the dissemination of scientific findings more comprehensible. Whether or not Open Science is a better form of science has not yet been empirically proven. It’s just more like an impression.