Here, we present projects currently being carried out by scientists at the Helmholtz Centres.

Over the next five years, nine Helmholtz Research Centers collaborate to create a flexible, mobile measuring system for Earth observation. This system is called MOSES – Modular Observation Solutions for Earth Systems. Researchers want to use it to investigate how highly dynamic short-term events influence long-term environmental developments: What impact do heat waves and droughts have on vegetation and air quality? How do flooding and low water conditions change water quality, ecosystems, and coastal areas? How do ocean eddies influence the marine energy transport and food chains? What are the causes and effects of abrupt thawing of permafrost soils? Up until now, researchers have been unable to find satis-factory answers to questions such as these. MOSES aims to bridge this gap and record changes in the Earth system on various spatial and temporal scales in the future. To this end, Helmholtz is investing nearly 28 million euros in setting up the research infrastructure for this project. MOSES is being coordinated at the Helmholtz Centre for Environmental Research – UFZ in Leipzig.

The system’s observation concept is based on the interaction between event-oriented measuring systems that can be deployed on a short-term basis and monitoring programs designed for long-term use. Sensor systems based on combinations of various modules can be assembled to form multiparameter networks and research platforms tailored to the specific event and site. In addition to developing new measuring instruments, existing technology is set to be adapted, miniaturized, or automated. For example, the size of some instruments needs to be significantly reduced so they can fit on carrier systems such as drones or miniature balloons: "Gliders," which are able to work autonomously while taking samples in varying water depths, are equipped with multiparameter sensor systems, for example – as are underwater vehicles, which are intended to independently navigate along a prescribed course through the sea in the future. The observation data for the project’s long-term development is taken from existing national and international monitoring programs. These include, for example, ICOS (Integrated Carbon Observation System), LTER (Long-Term Ecological Research), and Helmholtz observatories such as TERENO (Terrestrial Environmental Observatories), COSYNA (Coastal Observing System), CVOO (Cape Verde Ocean Observatory), the SAMOYLOV Permafrost Observation Station, and satellite missions like GRACE (Gravity Recovery and Climate Experiment).

Researchers at the Alfred Wegener Institute, Helmholtz Centre for Polar and Marine Research (AWI), have found higher amounts of microplastics in arctic sea ice than ever before. The ice samples contained more than 12,000 microplastic particles per liter of sea ice in some cases. These plastic particles can be traced back to a wide variety of sources, including the Great Pacific Garbage Patch. The high proportion of paint and nylon particles also points to intensified shipping and fishing activities in the Arctic Ocean.

Around 90 percent of precipitation that occurs over land depends on the formation of ice crystals in clouds, which then fall to Earth due to their increasing weight. However, the water only freezes when certain rare particles of dust are present. These microscopic ice nuclei are often made of feldspar. Researchers at KIT and University College London have now succeeded in demonstrating that ice starts to grow not on the feldspar’s externally accessible crystalline faces, but rather on microscopic defects like edges, cracks, and depressions.

So far, it has proven difficult to calculate the extent to which green plants slow the increase of the CO2 greenhouse gas in the atmosphere. Researchers led by Jülich-based agrosphere expert Alexander Graf and supported by the BMBF studied the exchange of greenhouse gases between the ground surface and the atmosphere and determined the CO2 footprint of two fields that were farmed using different methods: The field in which catch crops were cultivated absorbed around 60 percent more CO2. Measurements taken with the ICOS (Integrated Carbon Observation System) research infrastructure are intended to supply additional data.

Mobile dead zones in the Atlantic

Ocean eddies measuring 100 to 150 kilometers continually form off the coast of West Africa and slowly migrate westward across the Atlantic. Researchers at the GEOMAR Helmholtz Centre for Ocean Research Kiel have now succeeded in directly sampling these eddies for the first time. They established that the oxygen content inside the eddies is nearly zero. During the further evaluation of the data, the project’s participants verified processes that had not been observed in the Atlantic prior to this. These also included the natural production of significant quantities of greenhouse gases.

How plants use scents to resist diseases

Volatile monoterpenes, which give spruce needles their scent, activate an immune response in plants that have been infected with bacteria. This immune response simultaneously issues a warning signal for neighboring plants. Working groups from the Institute of Biochemical Plant Pathology at the Helmholtz Zentrum München were able to prove this response for the first time based on Arabidopsis thaliana as a plant model. The effect that this scent has as a volatile immune signal could enable new approaches for protecting plants in the future, including those that combat bacterial pathogens and fungi.

When continents break, the earth heats up

The concentration of CO2 in the atmosphere plays a key role in climate change. Before humans began to have an impact on the amount of CO2, quantities were determined solely by natural processes. One significant source of carbon was volcanic activity along mid-oceanic ridges, which resulted in the release of CO2 from the depths of the ocean to the surface. Researchers at GFZ have now demonstrated that even more CO2 is emitted at “rift zones,” where continents break apart — for example in East Africa or the Eger Graben. However, this relates to geological periods of time. The current anthropogenic amount of CO2 released is significantly greater by comparison. 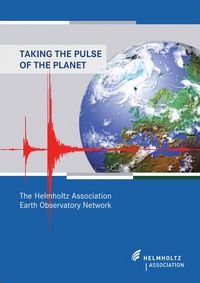 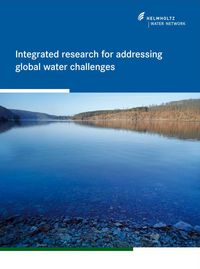