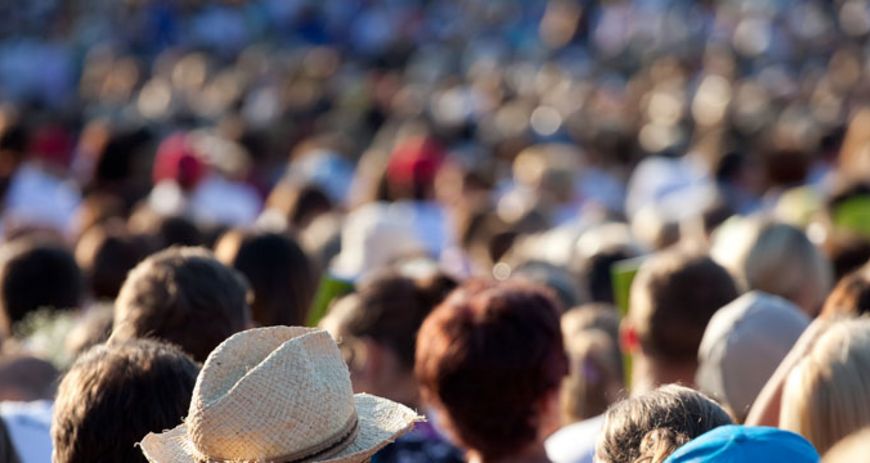 "We still know too little"

Also in Germany, surviving cancer is dependent on the social and economic conditions at the place where people live. This has been demonstrated by researchers from the German Cancer Research Center (DKFZ). We spoke to Lina Jansen from the DKFZ about potential reasons and the prognosticated worldwide increase of cancer cases in the coming years

Affluent cancer patients have better chances of survival than poor ones: this is true across the globe, well known and hardly surprising. Those with money can simply afford the best medical care and possibly also deal differently with the disease. Why have you, together with a research group around Hermann Brenner at the DKFZ, now published a new study on this topic?

Because studies are available for a number of prosperous countries, such as England and Canada, but as yet not for Germany. Here, the required data were simply not yet available. The study reveals: also in Germany, surviving cancer is dependent on the social and economic conditions at the place where people live.

How did you proceed?

We evaluated the data from ten of the sixteen German federal state cancer registries; in the case of the remaining six, the data quality was as yet insufficient for this analysis. This is where all cancer cases and respective progression of the disease are documented. Our analysis on an administrative district basis thus comprises one million patients, who were diagnosed with one of the 25 most frequent types of cancer in the period between 1997 and 2006. We classified the administrative districts according to their socio-economic situation, for example, per capita income, unemployment rate, communal revenue and expenses.

And what result did you arrive at?

Even though practically everybody is health insured in Germany, patients from the socio-economically weakest fifth part of all administrative districts have a risk of death that is increased by more than 30 per cent in the first three months after having been diagnosed with cancer. Nine months after diagnosis, the difference is at 20 per cent; in the following four years at 16 per cent.

Why is this so? Do poorer people attend screenings less often?

The differences remain, when we discard the distribution of the various stages of cancer. So it cannot be due to preventive measures.

We can only say how it is; we have no data with regards to the reasons. The epidemiological cancer registries do not provide sufficient data on the treatment of the respective patient. This is why we cannot determine whether treatment is dissimilarly distributed or whether this is due to other reasons.

What would an additional study have to look into; which data would have to be generated?

For an additional study we would need data that, for example, provides insight into the treatment of patients. Some cancer registries already document such data. Others plan to do so. It will take a while until such data is available on a comprehensive scale. But for individual regions, such an evaluation is already feasible. There are already also studies focusing on certain smaller regions, which have available data on treatment forms. If the socio-economic status of the patient was likewise recorded, the data can be analysed accordingly. But, as it were, not yet for the whole of Germany.

Do corresponding additional studies exist on an international level?

There are individual studies, but as yet nothing fundamental. What does emerge repeatedly: in weaker regions, patients are more likely to feature additional diseases or a less healthy lifestyle. This can of course influence the success of treatment.

According to the latest World Cancer Report, which the International Agency for Research on Cancer (IARC) now has presented in London, the number of new cases increases from year to year, as does the number of deaths caused by cancer. According to the report, 8.2 million people died of cancer in 2012; in 20 years, this number is said to increase to 13 million. Can this be explained merely by population growth and the increasing life expectancy?

Not only. To begin with, improvement of diagnostics and early detection increases the number of newly identified cancer cases. Cases, which normally would be detected only at a later stage due to clinical symptoms, now are being discovered already during early detection examinations. So this is actually good news. Another reason for the increased number of new cancer cases could be the fact that lifestyles in economically developing regions change to adopt a more "western lifestyle", which increases the risk of cancer.

What is the situation in Germany?

In the publication "Cancer in Germany 2009/2010" issued by the Association of Population-Based Cancer Registries (GEKID) and the Robert Koch Institute (RKI), increase of new cancer cases is reported to have been 21 per cent in men and 14 per cent in women for the period between 2000 and 2010. This report looks also at standardised rates regarding age distribution, which reveal that the increase in both men and women can be largely attributed to the increasing life expectancy. After standardisation, a slight increase of new cases by seven per cent remained with regards to women. This increase is likely to be due to improved early detection by way of screening, for example, for breast cancer, and due to generally improved diagnostics. A further increase of new cases of cancer can be expected also for the coming years – simply because of our ageing population.

Dr Lina Jansen is a scientist in the Division of Clinical Epidemiology and Aging Research at the German Cancer Research Center (DKFZ) in Heidelberg.