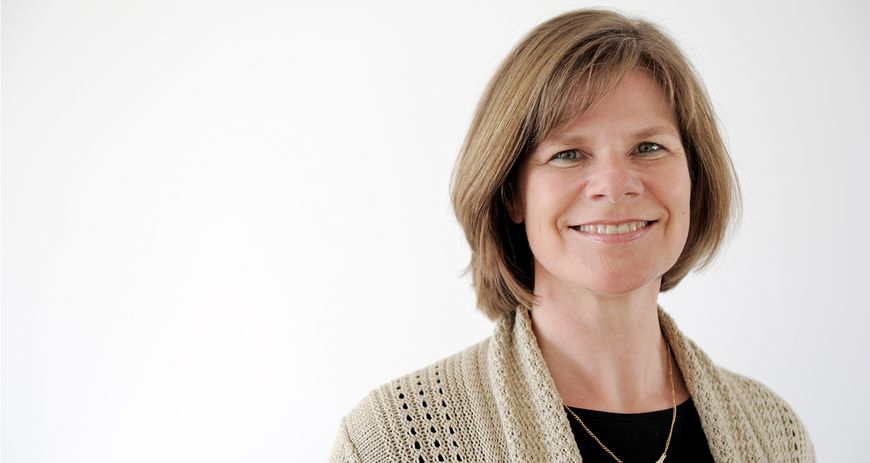 Ulrike Protzer has made it her mission to decipher the world of viruses - with the aim of finding effective therapies for infectious diseases. Together with her team, she is primarily researching hepatitis B - and the novel coronavirus. This makes her a sought-after expert in the media.

The hall is darkened, the spotlights are directed solely at Ulrike Protzer. She is standing in front of the stage, holding a microphone in her hand, wearing a red blazer and feeling how all the listeners in the room are looking at her eagerly. "Viruses are extremely annoying," she begins her talk. "They not only paralyze the computer, but also you yourself. It is an introduction to virology that she gives here, recorded by a renowned television station. Anyone who watches the film sequences today feels taken on a journey back in time to the year 2017 - to a time when corona viruses hardly ever told anyone anything and no one but the experts thought a pandemic was possible.

"Viral diseases had already become the focus of increasing attention in previous years - even though many people were no longer aware of the threats posed by viruses," says Ulrike Protzer today looking back. The 57-year-old is the Director of the Institute of Virology at Helmholtz Zentrum München and has been Head of the Institute of Virology at Technische Universität München since 2007. The lecture back then in the TV studio says a lot about her: It is important to her to communicate the results of her work - and she manages to explain even the most complicated relationships in a way that a lay audience can understand. "The Corona pandemic is without question contributing to society's recognition of how important virus research is.

However, she has never given as many interviews as now in Corona times during her long career. Two television crews were already there today, asking for her assessments of the current development of the COVID-19 case numbers. Calmly and unexcitedly she explains the virological correlations, and patiently she always starts at the very beginning. "A virus is not a living being. It is a protein coat that protects a genetic information. It needs cells to multiply", she explained in the lecture in the television studio, three years ago. "Why do viruses make people sick," she asked rhetorically, and the answer was immediately given: "So that we can help spread them. A virus like SARS-CoV-2 causes coughs and sniffles so that it can spread via droplets and aerosols. This is how soberly, this is how technical it sounds when Ulrike Protzer talks about viruses.

Anyone who not only listens to her performances like the one in the TV studio, but also looks at them, quickly notices her penchant for Bavarian accessories - the blazer, for example, is adorned with buckhorn buttons. She simply likes it, says Protzer, who feels extremely comfortable in Bavaria. She herself grew up in the northern tip of the Free State, in Franconia. That is also where her path to medicine began: she studied in Erlangen, then spent half a year in Durban, Africa, followed by a semester in Basel and finally took her exams to become a specialist in internal medicine. Her first place of work was a hospital in Frankfurt, where she worked in all departments. "Back then, I was always working with patients who had infectious diseases. Often these were hepatitis patients, and I had the impression that this topic was not being treated as much in research as I thought it would be necessary in practice".

"I consider hepatitis B the most common neglected disease in the world."

For her, this clinical insight became the topic of her life. At the time, a new laboratory was being set up in Mainz to study hepatitis viruses, and Ulrike Protzer enjoyed thinking about the new topic. "I was looking for an intellectual challenge," she put it in retrospect, and from then on she worked on both sides, just as she still does today: in patient care as well as in research. Hepatitis B has remained her most important field since those early days - "I consider it the most common neglected disease in the world," she says, referring to the death toll: Tuberculosis is the infectious disease with the most fatalities worldwide, directly followed by hepatitis B. But now in Corona times, this statistic is changing and is currently led by the Corona victims. Research on SARS-CoV-2 is also currently being conducted at full steam in her institute, but not only: "We are currently getting a lot of e-mails from patients with hepatitis B who are writing: Please do not stop researching our disease," says Ulrike Protzer. She then likes to bring a glimmer of hope into play that applies to both COVID-19 and hepatitis B. Then she tells us that hepatitis C is now treatable - "even though this disease has been known for much shorter periods than hepatitis B. This example always shows me the incredible progress that is possible when biotechnology, pharmaceutical companies and academic research work together.

Now, in what could be a busy summer, she is gradually looking forward to winter. Then she will have time again for her great hobby, skiing, she hopes. For her, the fact that the Alps are so close is one of Munich's great locational advantages - together with the internationally outstanding research and biotechnology landscape, of course.