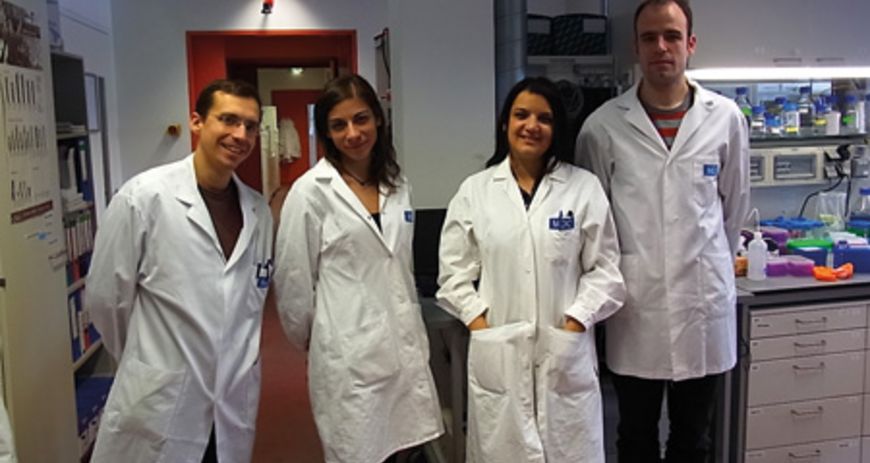 In order to arrive at scientific insights, researchers have to delve deeply into their respective areas of expertise. Equally exiting is also the investigation of hitherto unexplored fields on the margins between well-established scientific disciplines. Using such an interdisciplinary approach, the working group of Leibniz Prize awardee Prof. Nikolaus Rajewsky at the Max Delbrück Center for Molecular Medicine (MDC) Berlin-Buch and other MDC researchers has made a discovery astonishing also the experts. In a publication in Nature, four young researchers write about so-called circular RNA.

For a long time, RNA was considered merely a transmitter for information encoded by DNA. Since about ten years ago, it has been known that RNA can control the activity of genes. Practically all RNA studied so far features a linear structure. Although RNA molecules forming a closed ring have been known in principle, no biological function could be identified as yet. The MDC working group and its partners now have discovered thousands of such circular RNAs in the genome of humans, mice and nematodes. They moreover have found out that circular RNAs screen other RNA molecules and can deactivate them.

The publication's first authors are the bioinformatician Dr Antigoni Elefsinioti, the doctoral candidate and physicist Marvin Jens and the molecular biology doctoral candidates Sebastian Memczak and Francesca Torti. They first discovered an unusual pattern in the mouse genome. For the purpose of a computer analysis, they programmed an algorithm, which can identify circular RNAs. They then successfully tested in the laboratory the quality of theoretical predictions for the existence of circular RNAs in humans, mice and nematodes.

On 24 December 2012, they submitted to Nature the final draft of their article – in the late afternoon, as they stress with a twinkle in the eye. The article was published end of February 2013. Also, the international team considers the interdisciplinary approach of Nikolaus Rajewsky's working group very helpful. The four young researchers and their group leader assume that circular RNAs have also other functions in the interplay of the genetic material. Moreover, the hitherto neglected circular RNA could allow for interesting applications, for example, as a biomarker serving as an indicator for diseases and environmental influences.

To the group of Prof. N. Rajewsky