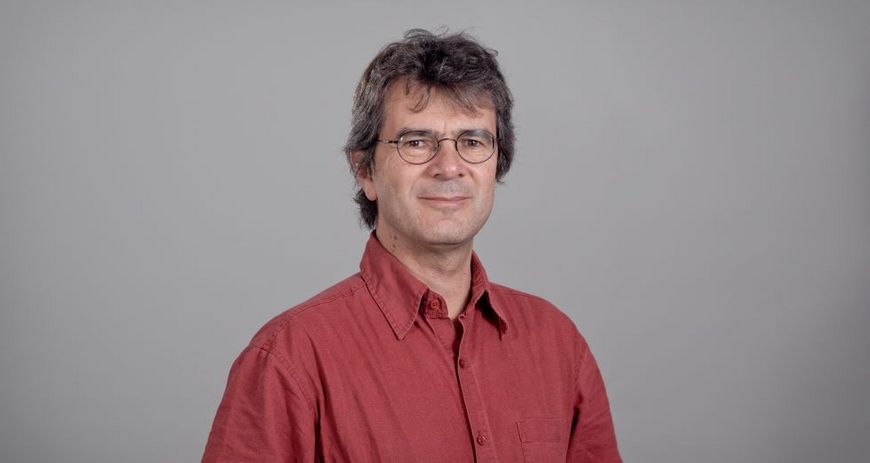 It is not least thanks to international epidemiologists that the Ebola outbreak in West Africa in 2014 has been contained. Gérard Krause also played his part in this - and the idea of using cell phones to fight the epidemic. This is now paying off in the management of the Corona pandemic.

The call from Nigeria came in the fall of 2014: "A former colleague was on the phone," recalls Gérard Krause, who was sitting at his desk at the Helmholtz Centre for Infection Research (HZI) at the time. At the time, the German scientist was leading a training program in Nigeria and had fallen victim to the Ebola crisis. It became a long conversation. In the end, an idea was born which still occupies the Braunschweig scientist today - and which has become even more valuable in the Corona pandemic.

The Ebola epidemic was at its peak at the time. Krause's former colleague Gaby Poggensee helped to contain the epidemic at the Emergency Operations Center in Nigeria. She was relieved that the outbreak in Nigeria seemed to be under control. On the other hand, she knew that it could easily flare up again, for example by importing new cases across national borders.

In order to control the disease, the scientists jointly developed an effective system that not only directed new cases from rural areas to the capital, but was also able to efficiently coordinate the various measures taken to control the outbreak. This system was named SORMAS (Surveillance, Outbreak Response Management and Analysis System). It uses cell phones to forward information about infected persons and their contact persons quickly and comprehensively to the responsible authorities. Exactly that was hardly working before. "This often meant that the greatest opportunity to interrupt an outbreak was missed," says Gérard Krause. "This chance consists in the early diagnosis and isolation of the sick, but also in the immediate registration and care of all people who had close contact with a patient".

It is not least thanks to the epidemiologist's idea that the Ebola outbreak in West Africa could be contained. And even today, in the fight against the Corona pandemic, SORMAS plays a major role. Gérard Krause and his team have extended the program with a COVID 19 module and make SORMAS available to all interested German health authorities. More than 40 offices are already using the system - and are thus efficiently supported in the identification and monitoring of contact persons. "To enable the health authorities to identify as many contact persons of ill persons as possible and to care for them properly is crucial. If we succeed in massively improving the registration and close care of contact persons, we can immediately contain isolated new minor outbreaks," the epidemiologist explains the added value of the system.

Gérard Krause was already interested in the social side of the subject during his medical studies. He spent several research and study visits in countries such as Ecuador, Colombia, Burkina Faso and Niger. "In the process, I realized that epidemiology was what I had long been looking for - the ideal combination of medicine and social sciences for me.

Since 2011, the scientist has been head of the newly established Department of Epidemiology at the HZI - in the meantime more than 50 scientists are researching in his team. At the same time, Krause took up a professorship for Infection Epidemiology at the Hannover Medical School. Two years later he founded the first PhD program in epidemiology in Germany, which now attracts PhD students from all over the world.

"With the help of epidemiology, we investigate the effect of pathogens on the entire population," the scientist explains. The aim is also to detect outbreaks of infection at an early stage and develop measures to protect people from them. "In addition, we are continuously monitoring how effective these measures are.

In the late 1990s, Gérard Krause worked as a young scientist for two years as Epidemic Intelligence Service Officer at the renowned Centers for Disease Control and Prevention in Atlanta. "This time still shapes me today," says the researcher. Back in Germany, he went to the Robert Koch Institute in Berlin, where he became head of the Department of Infection Epidemiology in 2005. As a higher federal authority reporting to the Ministry of Health, the Institute is sometimes under considerable pressure. For example, during the current corona pandemic, but also in 2011, when fear of an epidemic in Germany dealt with the intestinal germ EHEC. Krause's team succeeded at that time in identifying the consumption of sprouts as the cause of infection. The outbreak came to a standstill.

In Braunschweig, the epidemiologist devotes himself to actual research - something he had missed during his time in Berlin. For SORMAS, for example, he invented a procedure that ensures the synchronization of widely distributed databases even when there is no Internet connection - a function that is especially important in regions with limited infrastructure. The events of the last few months have caused quite a stir in his work. Research into and management of the corona pandemic are currently determining his everyday life - making him a sought-after expert in media and politics. He competently explains how he assesses the situation and which measures are his priorities, how antibody studies can help to determine immunity in the population - and how digital tools help to monitor the spread of infection and quickly track down contact persons. This brings us full circle to his core project SORMAS, which can make a valuable contribution right at the beginning of an epidemic, as Krause explains: "The system runs continuously - not just when crises occur. After all, it is supposed to detect epidemics and at the same time contain them efficiently".

The Surveillance and Outbreak Response and Analysis System - SORMAS for short - is an IT system that controls, documents, analyzes and communicates the work processes involved in the registration and care of patients and contact persons. SORMAS networks all relevant actors - for example in clinics, laboratories and authorities - who are involved in disease surveillance. The fact that the system works has already been demonstrated in the fight against several simultaneous outbreaks of Lassa fever, meningococcus and monkey pox in West Africa. In the meantime, SORMAS is in use in more than 700 health authorities in six countries on three continents and covers a population of over 200 million people.

Even before the World Health Organization classified the situation in Wuhan as a health emergency of international scope, SORMAS had already activated a COVID-19 module. A new extension allows to synchronize the symptom monitoring of persons in quarantine via their input into their own cell phones directly with the SORMAS system of the health authority.

Update from 23.09.2020: This portrait is from the year 2015, we have slightly updated it and added references to the current Corona Pandemic. As head of the Department of Epidemiology at the Helmholtz Centre for Infection Research (HZI), Gérard Krause coordinates the research activities of the HZI to contain the crisis.