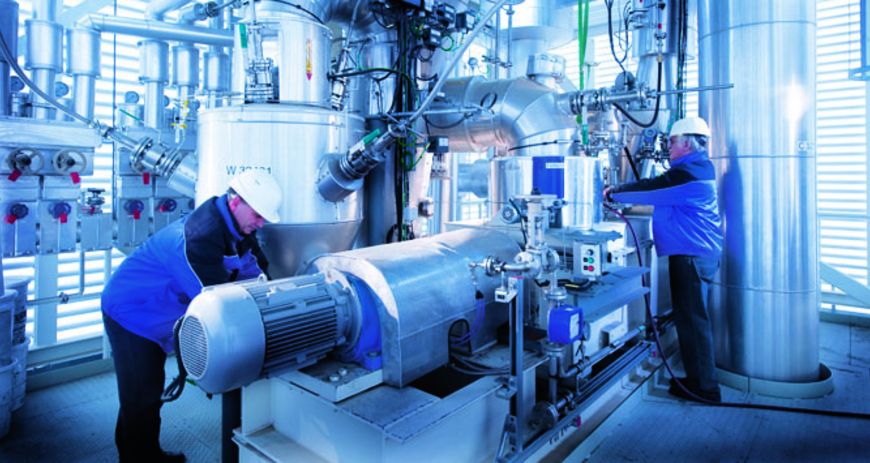 The most appetising scent of research

Mouthwatering: it smells like smoked food at the Karlsruhe Institute of Technology (KIT) – and no ham in sight. The reason for this are dried plant remains. Scientists try to produce fuel from this biomass.

There is a strong smell of smoked ham in the test hall, as if the researchers were on their lunch break. Yet the appetising aroma is present day and night in the hall at the Karlsruhe Institute of Technology (KIT), when researchers try to transform dry plant matter such as straw into fuel. In doing so, the smell of smoked goods originates - fully without the ham.

At this test facility called "bioliq", Karlsruhe researchers investigate the most efficient way of generating energy out of residual biomass. This plant matter contains lignin and cellulose. Lignin is made up of firm polymer chains and, together with cellulose, is responsible for the lignification of plant cells. An estimated 20 to 30 per cent of the dry matter of lignified plants consists of lignins. Next to cellulose and chitin, they are the most frequent organic compounds found on Earth. Yet how to turn dry plants into fuel?

In a first step, the biomass is subjected to high temperatures and the exclusion of oxygen to produce an energy pulp similar to crude oil. This is used to generate gas, which is further purified by removing unwanted matter. In a last step, the scientists combine the gas molecules to produce tailor-made biofuel. The individual steps have already been successfully tested. This year, the entire process is being put into operation for the first time at the pilot plant. Bales of straw are thus converted into high-quality and motor compatible designer fuels, paving the way for production on an industrial scale. Now the researchers want to test whether they can use the method to produce also environmentally friendly kerosene for aviation purposes, to name one example. Who knows, perhaps that will generate the smell of sausages.