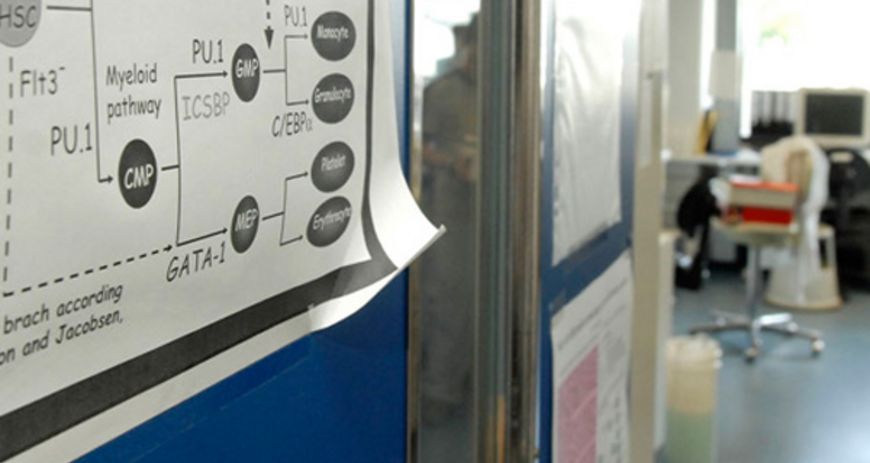 Should I stay or should I go?

Many young German scientists still see North America as a major launching pad for their careers, but more and more of them are wanting to return to Germany.

One thing is sure: if Alexander Bartelt is not a professor by the age of 35, then he will start looking around for another job. He has five years to go. The question is: should he risk everything to stay in the USA to achieve this aim? Or should he be looking back more in the direction of Germany?

Bartelt has been working at the Harvard School of Public Health in Boston for three months and has been funded during this time by the Deutsche Forschungsgemeinschaft (German Research Foundation - DFG). The biochemist is conducting research into the causes of obesity and diabetes in the Department of Genetics and Complex Diseases. Like every postdoc, he is looking to make his own way in his field. "With a good idea you can try anywhere", he said, but because of his family he would most like to go back to Germany when his funding runs out in two years.

Thousands of doctoral students and postdocs are in this situation, having taken the plunge and gone to North America to pursue a career in science. Many dream of landing a professorship one day, but the competition is fierce. Moreover, the university and research budgets in the USA have been cut considerably since the financial crisis. There are cutbacks at every juncture, especially in staffing and in the particularly cost-intensive posts for tenured professors.

The basic funding for the universities is no better in Germany than in the USA, but the research budgets of the independent research organisations and the external funds available to the universities have been increasing for years through such means as the Excellence Initiative, which brings in a total of 4.6 billion euro for the universities. Germany has therefore become a magnet for returning scientists and foreign research students. A survey conducted last year by the German Academic International Network (GAIN) indicated that two thirds of the German early-stage researchers in North America would like to return home. The Network had just under 100 people at its first meeting in 2003 in New York and had to talk up Germany as a scientific location. Now GAIN has around 5000 members and its days of knocking on doors sweet-talking people are over. "We are the point of contact for many returning research scientists at the relevant organisation", said the head of the GAIN Network Gerrit Rößler. GAIN organises the Network.

The association to contact if planning to return is the German Scholars Organization. At the end of August 300 early-stage researchers met 150 representatives of German science and scholarship in San Francisco. They were not some kind of emissaries but rather the heads of research organisations and universities. They were recruiting for the brand "Research in Germany", as DFG Secretary General Dorothee Dzwonnek called it.

Germany's research organisations and universities are keen to attract people who are thinking of returning and who were trained in Germany at great cost. And this could be worthwhile. "The point at which to return to Germany has never been as good as it is right now", said Helmholtz President Jürgen Mlynek. The conditions in Germany are attractive, not only for returning scientists but also for foreign researchers. In the first round of the Excellence Initiative alone, 6,000 new posts were advertised in the German academic and scientific community. A quarter of these posts went to researchers from other countries. The proportions of foreign research associates and professors have risen by 53 and 35 per cent respectively since 2006. The percentage of foreign doctoral candidates doubled between 2000 and 2010 as the figure rose to 15 per cent.

From the individual point of view of a postdoc like Alexander Bartelt, however, these statistics do not play too significant a role in the decision to return to Germany. A general trend still does not offer personal perspectives. Many postdocs are hesitating. Most of them are very well informed about the problems in German working life. This became apparent at the GAIN conference in San Francisco. As attractive as Germany may be at present from the viewpoint of politicians and research managers, the working conditions are often difficult for research scientists under the professors, with fixed-term contracts in many cases, hierarchical structures and no alternative to the professor route. For the professors too, it is still unreasonable to be expected to spend over a year engaged in search procedures. In a bid to bring about long overdue change, the German Association of University Professors and Lecturers (DHV) has launched an award, and the first German university to be picked out at the end of August for its short and transparent search procedures was RWTH Aachen University.

Virtually all the representatives of science and politics at the GAIN conference at the end of August agreed that change was needed to quash the myth that the only end to a career in research in Germany was a professorship. Young research scientists in the USA are currently pinning their hopes on the tenure track professor positions which are just coming up at many universities in Germany, whereas in the USA it has been the case for some time that they are no longer the norm. Word is getting around. The 10 to 12 Open Topic Tenure Track positions at the TU Dresden alone had attracted 1350 applications from research scientists from all over the world by the beginning of July, with just under 30 of them from the elite Harvard University. Almost all the German states have loosened their laws on university and college education to allow the tenure track system so that their universities can recruit the brightest international minds. But the money for this will run out at some stage. What is more, "there may be many new professor posts but there is also an unbelievable number of young research scientists coming up through the system", according to Jürgen Mlynek.

Alexander Bartelt is not prepared to spend half his life chasing his dream of becoming a professor. It would be sheer madness to stake everything on a scientific career in Germany despite the favourable conditions and research policy climate. But the homeland is on his radar - Berlin, for example, where about 25 per cent of all the jobs in biomedicine in Germany are located, according to what Thorsten Abs, Managing Director of the job advertisement portal www.academics.de, said at the GAIN conference. Munich is another city, however, which Bartelt has in his sights because the work of the Helmholtz Research Center for Environmental Health is precisely in his subject field. Perhaps entirely new doors will open up in the USA. At the end of the day the family will decide, "... and there is a lot to be said in favour of Germany", he said.