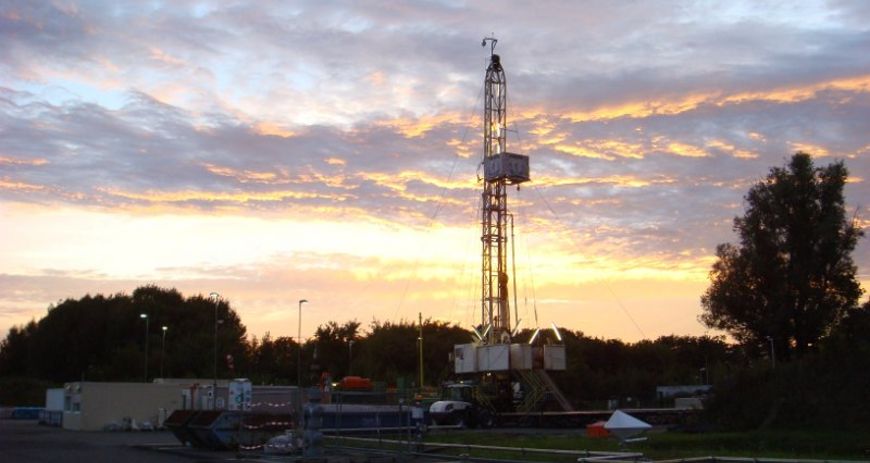 Where should we put all the carbon dioxide which we breathe out into the atmosphere? Research scientists working on a project in Ketzin are attempting to bury it in the ground. Initial indications are that the principle works with small quantities of CO2 – negative effects were not observed. Nevertheless, the technology has a very uncertain future in Germany

Barely bigger than a paddock, there is a piece of land on the meadows in the Havelland district where trials are being conducted to see whether the climate killer CO2 can simply be made to disappear in the ground. Since 2008, 10 thousand tonnes of carbon dioxide have been injected into the soil here in Ketzin in Brandenburg at depths exceeding 600 metres. It is the only project of its kind in Germany which is seeking to answer the question as to whether CO2 can be stored underground without putting people and nature at risks of incalculable proportions. A question which is not entirely irrelevant in the struggle against global warming - if the tons of CO2 emissions from coal-fired power stations could be safely injected into the earth thanks to this technology instead of rising up and polluting the air, we would have a way and means of reducing the greenhouse effect - or so say the proponents of such CO2 reservoirs. They are assuming that the newly industrialised countries will also be burning coal on a massive scale in the next few decades - despite all the warnings. Therefore CO2 storage is likely to become an issue, especially in emerging economies like Brazil, India and China. In all likelihood, the pros and cons of this technology will be more hotly debated, with the Intergovernmental Panel on Climate Change (IPCC) due to present the first part of its new report this Friday in Stockholm - and with the growing awareness that time is pressing when it comes to averting environmental disaster. Back in 2007 the IPCC was already referring to the underground storage of CO2 as a key technology "with the potential to make a major contribution to the reduction of emissions by 2030".

At any rate the trials in Ketzin have now proven that there are no unpleasant surprises in connection with the injection of CO2 in the soil, also called CCS technology. "We have been able to show at our pilot site that the injection of CO2 is safe and does not harm the environment", said project manager and geologist Axel Liebscher. The total amount held in storage, following the last underground CO2 injections here in August, now stands at around 67,000 tonnes of carbon dioxide. This marks the successful end of the first phase of the pilot project for the operator of the facility, the GFZ German Research Centre for Geosciences in Potsdam, which is a member of the Helmholtz Association. A second phase will see Liebscher and his research associates studying the medium-term effects on the soil and ground conditions. Then the facility will be closed in 2018.

Most of the carbon dioxide which is buried deep down comes from industrial gas supplier Linde. The research scientists pumped it into the soil in gas form. Prior to this, the gas was heated to 33 degrees, firstly in the storage towers at the facility and then in an electric vaporiser. This is roughly equal to the temperature of the rock strata into which the CO2 is pumped. "Saline aquifers" is the term used by the geologists to refer to the strata in which the carbon dioxide is now kept - layers with a high saltwater content which are the only onshore layers which can be used for CO2 reservoirs. Its unique advantage is that it is full of little pores which can soak up the gas like a sponge. The only other soils suitable for CO2 storage on the mainland are those at former oil or gas production sites where there are also pockets to absorb the CO2.

The accumulation of the carbon dioxide in the pores of the "saline aquifers" has a problematic side effect, however, by way of a process of displacement inside the layer. In order to be able to spread itself out in the space, the carbon has to push out the previous occupant - the saltwater. This is what causes conservationists to doubt that CO2 storage is basically harmless - they fear that saltwater could rise up into the groundwater and contaminate the drinking water supply. "It is a potential risk in connection with the sequestration of CO2 in saline aquifers", admitted project manager Axel Liebscher, adding, however, that the risk is extremely low at the Ketzin site. "The amount of CO2 in storage here is comparatively low therefore saltwater intrusion is not a relevant factor. Our monitoring and measurements indicate that displaced saltwater has not risen up into higher layers".

The geoscientists have developed a laborious monitoring system in Ketzin. They use all manner of tools to work the soil in order to identify changes. For example, the research scientists drive electrically charged steel needles into the earth. These needles supply electricity to electrodes which have been installed along the underground lines. The resistance levels which the research scientists encounter allow them to draw conclusions about underground structures. Seismic monitoring techniques are also used in addition to these electrical measurements, whereby the scientists use vibrators to generate sound waves, for example, transmitting the vibrations from these waves into the ground. Their reverberation is then recorded, resulting in sonographic diagrams which also depict soil formations. The geologists also measure the pressure conditions in the ground. The research scientists have yet to discern any alarming abnormalities in and around the CO2 reservoir. Liebscher only reports of "hints of very slight changes in the mineralogy of the sandstone", adding that these changes are so few in number that they do not affect the integrity of the sandstone. Evidence that carbon dioxide will pass up into higher soil layers is in similarly short supply, allaying the geologists' fears of such a scenario.

As promising as the results may sound, however, they still provide previous little leverage for CCS technology to achieve any kind of breakthrough in the race against rising CO2 emissions, because the injected amount of 67,000 tonnes is far too little to be able to infer from the findings to date that the system will be safe to use on a large scale in the coal industry where entirely different exhaust gas dimensions come into play. In order for CO2 sequestration to have any impact on climate change, according to Samuel Höller, environmental scientist at the Wuppertal Institute for Climate, Environment and Energy, it must be possible to sequester carbon dioxide emissions from industrial sources in the region of 50 million tonnes every year in Germany alone - orders of magnitude constituting unknown quantities with regard to how they affect the soil formations. CO2 reservoirs are unwelcome in Germany because of potential unknowns of this kind. The construction of such facilities is basically allowed by law but the federal states do have a right of veto. Recently Schleswig-Holstein promptly enacted a ban on CO2 reservoirs of all kinds, whether for research purposes or as annexes to power plants, which is ironic since its soil conditions are particularly conducive to storage. All the parties approved the ban. "I see no future for converting coal into electricity with CCS technology in Germany", said Christian Hey, Secretary General of the German Advisory Council on the Environment, summing up the situation.

The wish expressed in Ketzin, however, is that people would be more open to further research work. "It is imperative to move on to the next step and to run demo storage projects in the order of several hundred thousand tonnes of CO2 per year", said Liebscher, "in order to check whether the data and insights gained in Ketzin are transferable and scalable". If demo projects were to prove successful, the use of CCS technology would be viable on an industrial scale. This scenario could become a reality in 2025 if prompt action is taken.

However, if the problem remains that CO2 reservoirs, in which carbon dioxide from coal-fired power stations is dumped, do not fit in with the long-term climate policy in Germany, this would call into question the hard-fought energy transition. CCS technology could become the pretext under which the dirtiest of all fuels - lignite and hard coal - retain a place in the power network of tomorrow. This is why climate experts are calling for CO2 reservoirs to be built somewhere else entirely in the country - in the steel industry, for example, where coal is converted into electricity during the production process in order to generate the necessary heat. "Unlike the power generation sector, the steel industry has precious few options these days in terms of adequate ways of reducing CO2 emissions", said Peter Viebahn, deputy head of the research group at the Wuppertal Institute, "and the same goes for petrochemicals and the cement industry. Advanced and perfected CCS technology could really help the environment in these branches of industry". CCS is also heralded as a "major option for the future" by Axel Liebscher, the project manager in Ketzin, especially since the amounts which would be injected into the ground would be lower than in the separation process from coal-fired power plants. As a general principle, however, the CO2 reservoirs should be accompanied by a scientific monitoring programme. Liebscher and his colleagues have gained some initial experience of this in Ketzin.