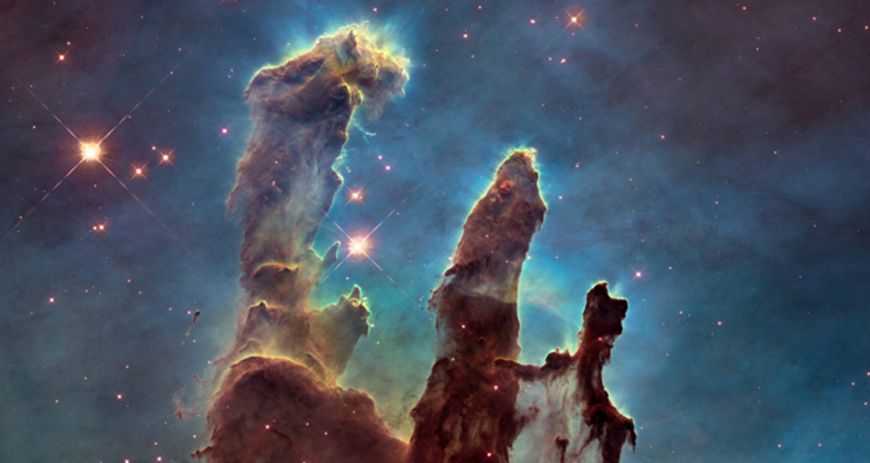 How long does the birth of a star take?

A heavenly body is considered to be a star when it begins to convert hydrogen into helium in its core. But how long does its formation take? Alois Himmes, project director at Stratosphere Observatory for Infrared Astronomy (SOFIA) and staff member at the German Aerospace Center (DLR) provides this answer.

“In the beginning there are thin clouds of gas and dust that slowly compress due to their own gravity as well as external collisions, i.e. shock waves from exploding stars.  A rotating disc is formed thereby, in whose core particles clump together – thus a star begins to form. It is difficult to observe anything behind all of this gas and dust; it becomes optically apparent only after it has, in combination with high density and very intense radiation, blown away its exterior shell. Prior to this we can only locate it by locating its thermal radiation”.

We still know very little about the formation process. In order to find out which generated model corresponds the most to reality, SOFIA scientists have examined the star-forming region IRAS 16293-2422 in the stellar constellation Opichius. Since it is ‘only’ about 400 light years away from the Earth, there is enough radiation from these dark nebulae to reach our measuring instruments. Scientists have measured the radiation from ionised hydrogen-deuterium bonds. These H2D+ molecules appear in two states in equal quantities – called ortho and para – at the beginning of star formation. The highlight of the process: In the course of time and regardless of temperature and density, the relation changes, thereby allowing determination of the age of the dark nebula. Because the para-radiation is swallowed up by the Earth’s atmosphere, for the first time measurement results from a ground-based telescope in the Chilean Andes were combined with those of an aircraft-based observatory. The astronomical observatory SOFIA flies at an altitude of up to 14 kilometres, where hydrogen only slightly obscures the measurements. The conclusion: The birth of a star takes at least one million years. Earlier calculations were based on an assumption of 100,000 years. Now we would like to find out whether this result is also valid for other star-forming regions.